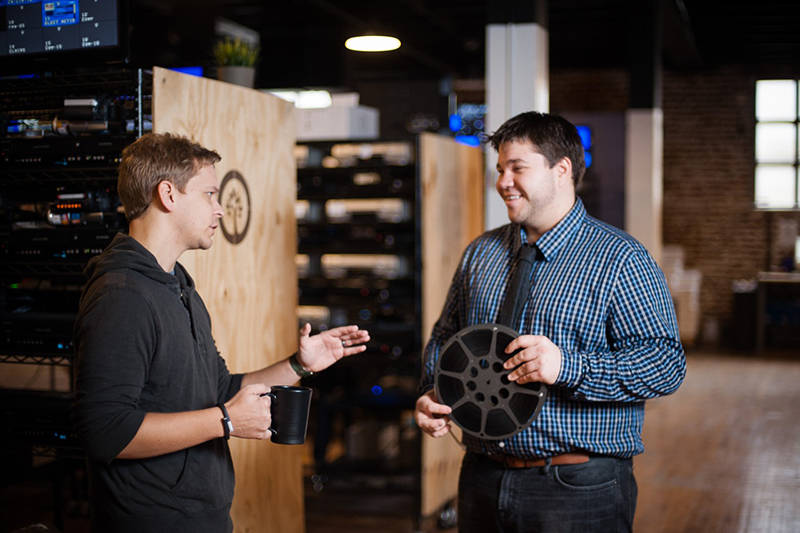 What is does greatness mean to you? Our guests are always asked this one question to kick off our podcast episodes to gather various perspectives on the equivocal status that we are all pursuing.

For Nick Macco, rather than look at greatness as a giant finish line, he perceives it more as a process from beginning to end. Being the co-founder of Southtree and Legacybox, he has learned that greatness is the sum of many small actions to just gradually become "a little bit better". As is the pursuit of greatness or leaving a legacy, that has been exactly the path Nick has traveled to find himself part of a successful eCommerce venture that (ironically) aims to preserve the legacy and memories of others.

Southtree and Legacybox are two brands that Nick and his partner, Adam Boeselager, spearheaded together based on a small business model. After nurturing it through good business sense, analysis and some leaps of faith, their work has evolved into being one of the nation's largest consumer preservation operations.

The beginning of Nick's story might sound a little familiar. He and his roommate, Adam, decided to build their business upon a need that they saw as recording platforms and devices began to evolve. Although the idea did spawn from academia much like that of Facebook, Dropbox and Modcloth, their journey has its own unique plateaus and mountains. We definitely recommend that you tune into the whole episode, but here are some misnomers from a guy who has been through it all and has come out on top.

In developing their brand, the partners developed a name and a look that they felt was cool (and the domain name was available!). In hindsight, Nick said that he wishes they had focused on the clarity of the name (where Legacybox is now the more well-known brand) and even the simplicity of the packaging and pricing structure. He explains that being easily understood impacts the way a brand is perceived and accepted by the consumer—keep it simple.

Myth #2: You Need Investors for a Start-Up

Not only does Nick admit that outside investors aren't necessary for a start-up business model that he had, he claims their financial self-reliance was a huge contributor to the healthy growth of their company. Rather than always having investors to fall back on, he and his partner were forced to think wisely about every action. "It forced us to learn how to utilize resources well, to focus on what’s really important in the business, to focus on how to drive growth and how to do it profitably, and so I’m grateful for that education," he said.

People are too busy in today's culture for face-to-face meetings, right? Wrong. If you think phone calls and sit-downs are dead, think again. Nick and his partner disproved this myth while building their brand, especially when they battled their years of stagnant business. Although Nick readily admits that they were anxious about pursuing these networking opportunities, he said they were some of the best decisions they ever made. “We always thought so much was riding on that meeting, but that’s exactly what we should have done," Nick said. "Had we avoided that because it felt uncomfortable, then that would have been really detrimental for the business.”

How does the Legacybox team stay motivated and productive? Every week, they ask themselves, "What three things do we need to get done to call it a successful week?"

Myth #5: Marketing is Easy When There's a Need

Even when you know you have a product or service that nearly everyone would want or could use, letting people you know it exists is no cake walk. It's not always an issue with the brand or even your message. The marketing channel its audience can mean everything. When Nick and his partner began marketing with Groupon, their growth plateau of many years quickly ended and their sales began to skyrocket.

Nick remembers that early on "while in their garage", he and his partner got a call from the esteemed Rolling Stone magazine. All be it, the caller was interested in securing them for an advertising slot, but the guys were ecstatic to even be on their radar. The opportunity was for a listing in the publication that would run them $8,000. Even though their business savings was only $10,000, they thought the exposure would be incredible. The result? Less than ideal. As Nick put it, "There are no magic beans. If it feels like magic beans, just run." (Tune into the podcast episode for all the details!)

Myth #7: Avoid Mistakes at all Costs

Because they didn't have a financial lifeline; because they didn't have a strong business background; because they didn't have a lot of connections, Nick and Adam knew that mistakes were going to be made. By owning up to the inevitable, the duo wasn't in the clear, but they developed a healthy mindset around mistakes. "We kept the effects of those failures to a minimum, and so that allowed us to embrace making them," Nick said. "It’s OK because it’s not going to sink us.” Although their experience with Rolling Stone was a major investment lesson, they still took that in stride as well by implementing better methods to test opportunities relative to their resources.